Death Note finally returns after 12 years. And you know what? It was absolutely glorious. 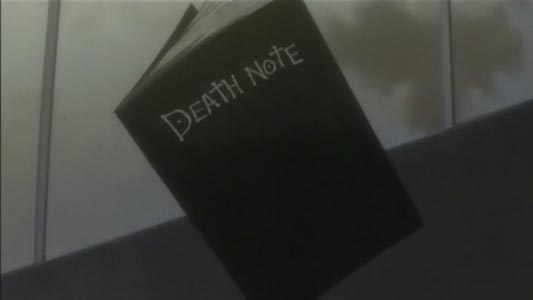 When tragedy strikes, most people will try to find a scapegoat; it’s human nature to point a finger and blame someone or something, rather than chalk it up to chance or luck (even saying it’s “fate” or “God’s will” is giving a reason for why misfortune occurs). But when other people with specific agendas (i.e. politicians, and sometimes a lawyer) shift the focus of blame to a particular entity YOU like or are a fan of, then problems arise.

Movies, video games, and anime have been targeted as the reasons for school shootings, the corruption of youth, and even public massacres, like the recent one in Akihabara, and when such atrocities happen, many FANS who enjoy the unjustly accused medium of entertainment rise up in its defense, crying out, “You don’t know what you’re talking about. There’s no evidence that watching something violent will make you violent! Don’t take away our entertainment, because some idiot who likes the same things we do did something stupid and tragic.”

What I have a problem with is that these FANS only care about losing their precious entertainment, instead of examining and acknowledging the individual behind the tragedy and the actions needed to be done in order to maintain a smoothly running and orderly society.

Summary:
Forty seconds pass, but much to Mikami and Light’s shock, no one dies.

Summary:
The news of Takada’s death causes many television stations to immediately start to compete with each other to replace her as Kira’s spokesperson.

Summary:
The days pass quickly and Takada soon gets a confirmation message from Mikami, so she relays it to Light like he had told her to, indicating to Light that Mikami found out he’s being followed.

Summary:
With this new revelation on Mikami, Near decides that they need to get close to him, but he is also aware that the existence of a Shinigami with Mikami poses a problem if they want to follow him.

Summary:
With all the pieces in place, N decides to head to Japan, though he asks his commander Lester to go with him because he’s never ridden a plane alone before.

Summary:
Mikami Teru was a boy with a strong sense of justice who could tell the difference between good and bad.

Summary:
With Misa watching the television broadcast intently with her Shinigami eyes, Light urges Near to escape from the building that is under attack by an angry mob.